Here is the 2 week video.  I started with 15 min. and cut it to under 2 min.  He generally keeps his nose on the source (odor is birch) until I say “yes” and then he lifts his head.  Sometimes I am saying it quietly so it just looks like I’m rewarding him after his head is up but I’ve marked it when his head is down.  I started using a leash and moving it around over his back as he sticks with the source.  His obedience to odor is really good for only doing this for 2 weeks.

And the training room is getting slightly more chaiotic! 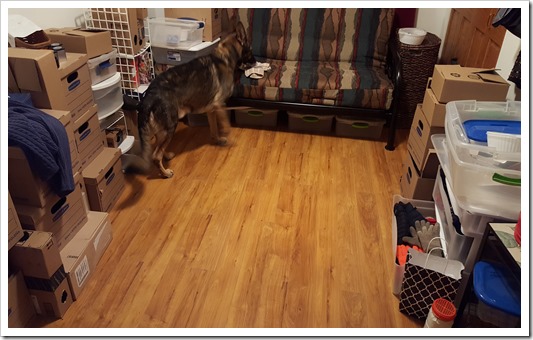 Here are some of the containers I’m using for hides: 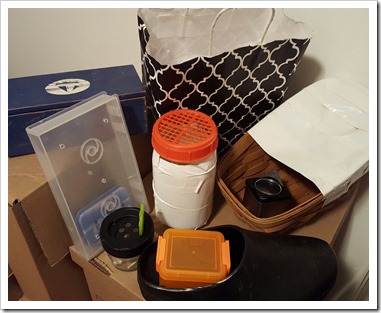 One week of training!

It’s going well and Jake clearly gets it!!  Here are 2 videos from the first week:

Here’s how the training room looked first…  and then the boxes came! 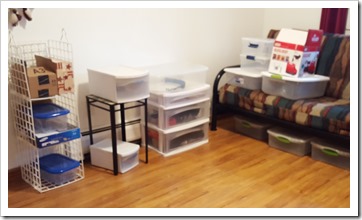 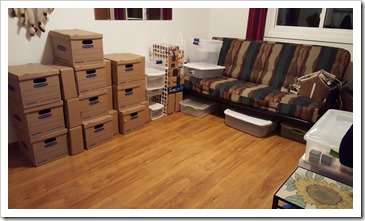 The DVDs arrived and I spent lots of time watching them but, oh my…  the method of training requires the assistance of another person.  Hmm….  what to do???  Talked to more folks and was directed to the Fenzi Dog Sports Academy that offers online classes in quite a few topics including nosework!  What did I have to lose?  NW 101 – Introduction to Nosework - $65 for a course at the bronze level.  It uses marker training which is so ingrained in my training that it would be hard to break me of it even if I wanted to stop using it – which I don’t.  Here is what they said about it:

This course is unique in that your dog will NOT learn to search for food; instead, we use the proven training method that produces the nation's top drug and bomb detection dogs! Our backchaining method is effective on almost all dogs, from insecure and unfocused dogs to highly driven and intense workers. The proof is in the pudding; dogs going through only one or two levels of our courses are earning their ORT and NW titles in record time! Even if your dog has failed using other methods, we can help you succeed!

In this class, you will learn about the basic concepts in searching for odor, proper use of equipment, how to handle odor, how to make and place hides, and how to teach your dog the importance of odor obedience.  You will also learn how to make the search for scent extremely important to your dog.

The Syllabus seemed like it was very straightforward and it was a course that was being offered right now and I could get started immediately!

What to do when you can’t go out…

I had my knee replaced November 18th and plan to have the other one replaced in January.  Knowing this could be a long winter for Jake knowing I’d be a bit restricted I though…  hmmm….  what to do…  what to do…  Then something made me think of NOSEWORK!!

SO…  how to start???   Google it…  talk to people…  Started out by ordering Andrew Ramsey’s nosework DVDs from Leerburg.  Andrew was the originator of the UKC Nosework Program which after some investigation is the venue that I’ll most likely participate in. 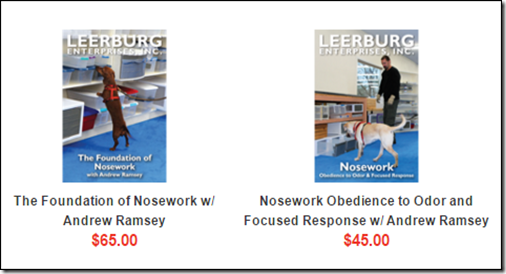 History Of The UKC Nosework Program

UKC sends a heartfelt "thank you" to Karen Shivers and Andrew Ramsey for their dedication to the sport of dogs and promotion of Nosework. Mr. Ramsey was the originator of this style of Nosework. Together, with their insights and contributions regarding the concept of Nosework, the recognition of this program by the United Kennel Club became a reality!

I’ve used a red light for years on acupressure points on my dogs to accelerate healing but recently I purchased a larger pad and I love it!   Click here for info (and no, I have no interest in the company!) Also, even though it says it’s for dogs and horses, it feels pretty good when I use it on my knees and shoulders!!  Clearly worth the $200 cost!!

I toss a throw over Jake when using it because it sort of anchors him and he is less likely to move.  I use it on Jake’s hips, back and shoulders and any specific injuries he may have such as the sore on his leg that he is licking. 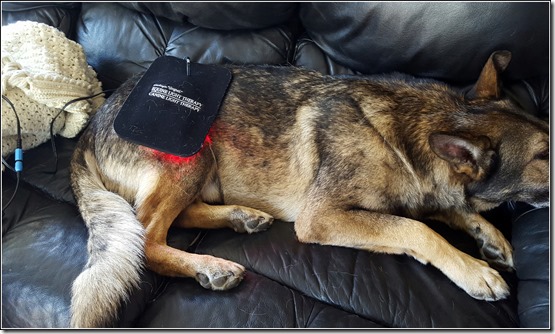 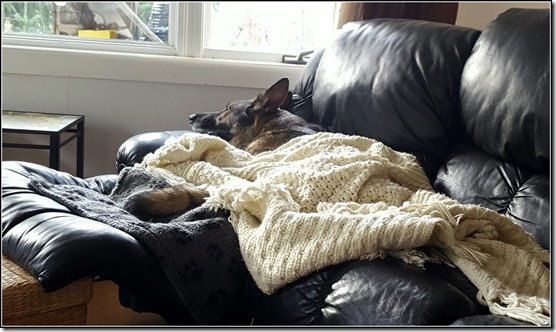