My washer wouldn’t spin..  ok… so..  off to Winneconne we (Jake, Brita and myself) go to the laundromat.  A few days before the backpacks arrived that I ordered for them so I thought while I was waiting for the laundry,  it would be a good opportunity to practice walking the dogs with the backpacks on.  I had decided if we were going to walk Jake and Brita were going to carry their own stuff!  This was the first outside adventure with the packs on… up until now they had tried them on only once and this was in the living room.   So after starting the laundry, I got them out of the van and already it’s an adventure as I hooked one dog at a time to the van and attempted to get the other “dressed”.   I notice the Winneconne police car drive by and wondered why it wasn’t turning into the lot where I was because that’s what normally happens when I am doing something with the dogs.   I only needed to wonder a minute because, sure enough, back it came and turned in.  So. of course, I enlisted the help of the officer on duty to hold their leashes while I took pictures with my phone.  Yes..  it was an adventure…   The only time they stopped to look in the same direction was when people were starting to gather to watch the goings on so they had to watch them!    Walk… did we ever walk?  No..  by this time I needed to get my laundry and so I “undressed” them, put them in the van and we cruised around the town (village) I called home for 10 years! 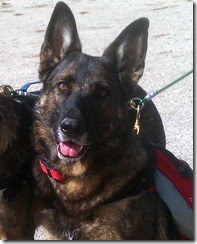 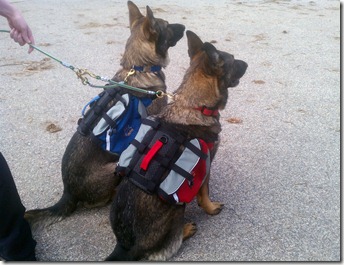 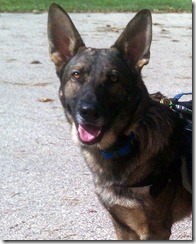 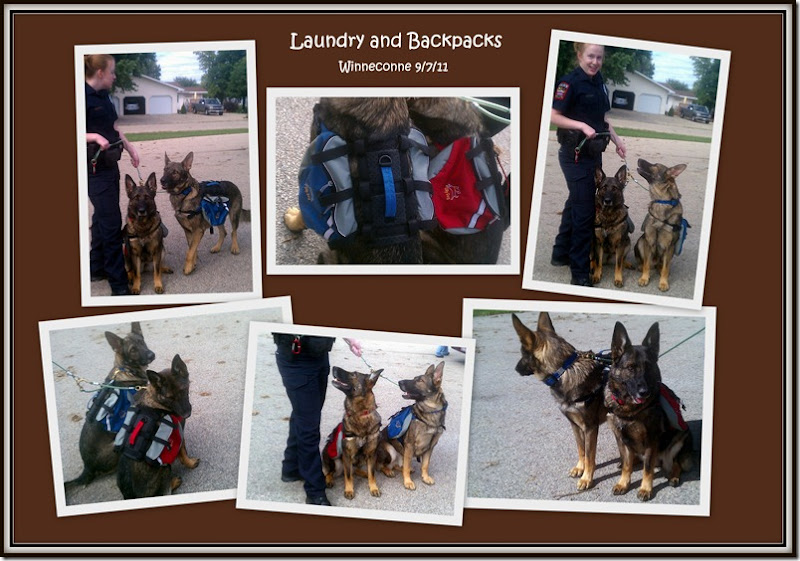