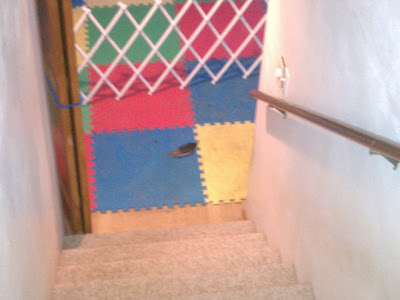 Squirrel - mouse - blackbird - what next? All this in the last year when - YOU KNOW WHO - arrived on the scene!! The only other thing I've seen caught in the yard was a bunny (stupid bunny for coming in the yard) and it didn't last long!! Those dogs are gone now and I haven't seen a bunny since.

****dumped a possum on the porch that wasn't dead but playing possum..  He wanted to bring it in the house.

.****brought a large DEAD male possum to the garage that needed a show shovel to remove in the rain.

****caught and ate a groundhog. Apparently they are pretty tasty because he had no desire to eat the above 2 possum described and the others I found around the year.

****delighted in stalking, catching and killing innocent doves who were simply foraging in the grass.

****caught and consumed numerous rabbits as he learned to do from Brita who learned it from Ari who was taught by Josephine.

Spring is a week away… really?!? 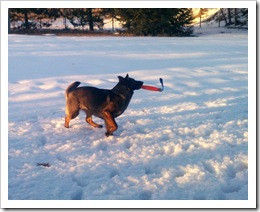 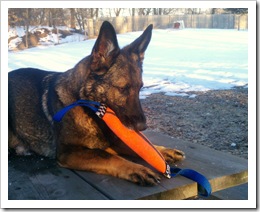 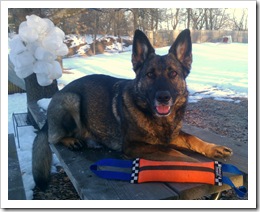 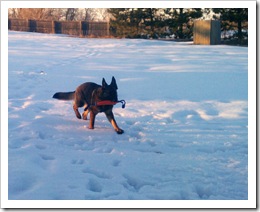 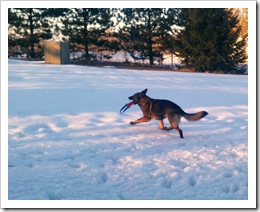 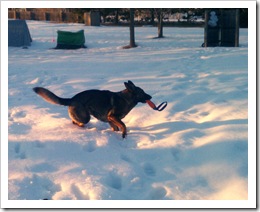 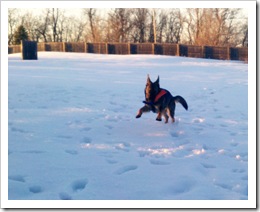 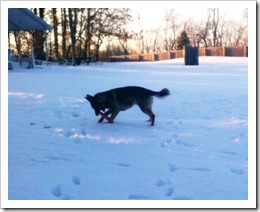 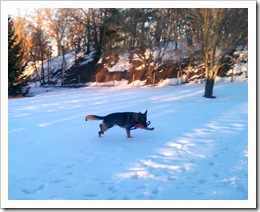 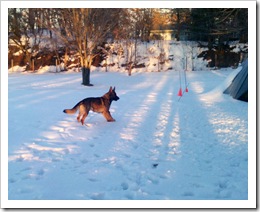 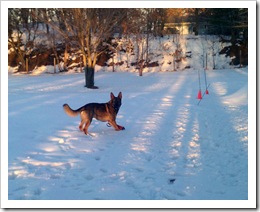 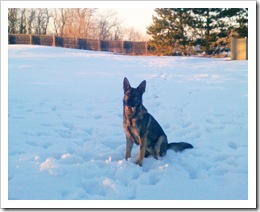 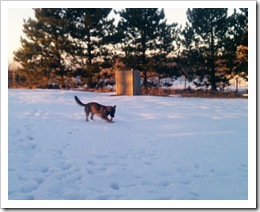 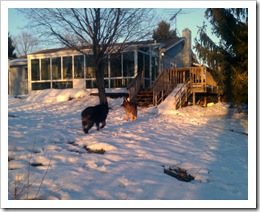 All the pictures were taken with my phone because I wasn’t going to TAKE pictures so I left my real camera in the house.  The snow was HARD and I think it eventually bothered Brita’s pads.  The first 6 pictures are of Brita, then there is Jake and the last picture is of Kobie and Olivia.  Olivia happily pranced out, went 10 feet and looked as me as if to say “this is NOT fun”!