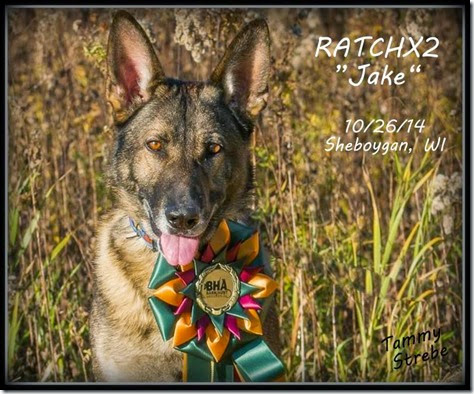 Some facts about our RATCHX2 journey:

One more trial in 2 weeks in Menasha and then planning on the Sheboygan trial the end of March to start off the 2015 season!

I've registered Jake's titles along the way and have 4 extras because the initial ones were incorrect. Hopefully, I've helped pave the way for others. However, when I sent in his RATCHX they sent me back one that says Barn Hunt Master Champion. When I questioned it, this was the response from Lisa Strickland of the AKC: "The certificate will not print with an “X” it will only say Barn Hunt Master Champion. If anyone else has a different outcome when they get to this level or any input, please let me know. 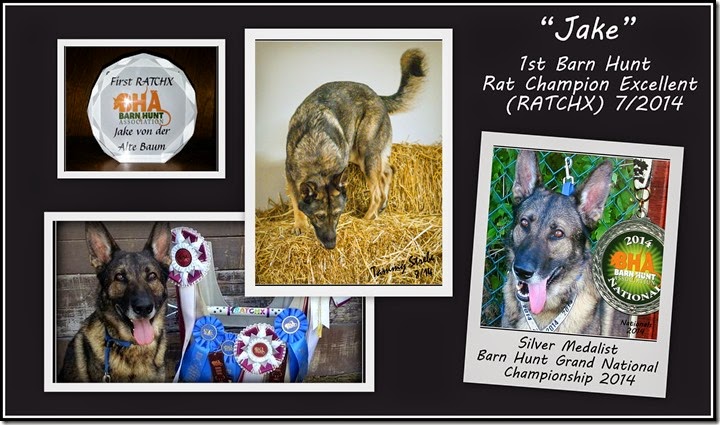