Occasionally, I have people ask about Jake’s surgery and how he is doing so recently I wrote a post about that hoping to help someone through what I’ve experienced.  What would you do… (FHO) 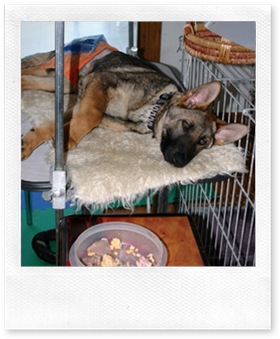 Jake is my second dog that had a FHO but he was a puppy which concerned me.  In hindsight I think it was not a problem and may have been an advantage.  Teddy was 3, I believe, and bad hips so he favored that leg and and after the surgery it was harder to train him to put weight on it than it was to train Jake.  My dogs are marker trained and normally I use the word “yes” but they also understand the clicker.   When I walked Teddy I would click when he put weight on that leg and it took him very little time to consciously  walk with all four feet when we walked through the yard.  Jake was way easier but he had his own set of challenges…  While Teddy was a sweet, wonderful, “I’ll try to make it happen” dog, Jake was a headstrong pup who thought nothing of testing me at every turn. We definitely had some “discussions” (aka “come to Jesus meetings”) regarding who paid the bills, put food in the bowl and general was in charge of the household.  Jake is VERY smart so it didn’t take him very long to understand that concept but I cringe to think of what would have happened had he been in a home where he got away with all that he thought he should get away with because he was so darn CUTE!

Below are links to the posts that document some of Jake’s progress during his recovery from FHO surgery.  It is not the log that I kept or the list of stretches that I did, etc. but rather photos, thoughts and information about his progress and his recovery.  I did keep a journal of his progress to gauge how we were doing which I believe is most important to a successful recovery.